A Case for Civility in Public Debate 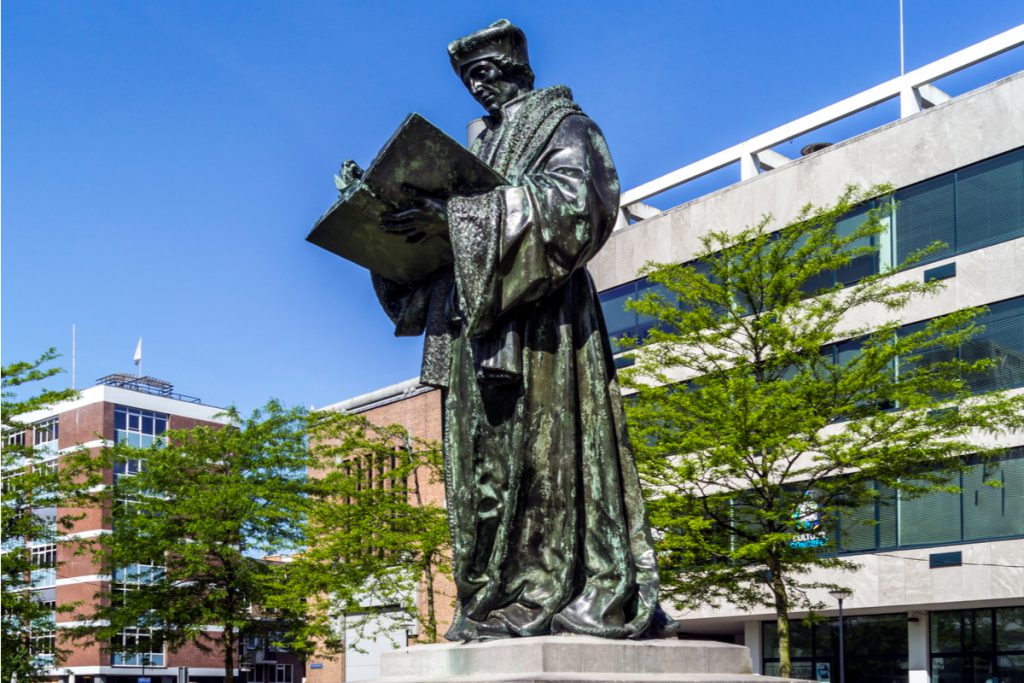 I am loath even to write about this topic so as not to give it more attention than it deserves, thereby perpetuating the incentives around polemical behavior (in the time since the person who picked this fight wrote, he has nearly doubled his Twitter followers). However, I am a sucker for a modern hook upon which I can hang a historical analogy that can illuminate current challenges, so here we are.

The recent frenzy on the Interwebs in response to New York Post op-ed editor Sohrab Ahmari’s unprovoked attack on National Review columnist David French has been dubbed by some as “the most important right-of-center intellectual debate.”

Sohrab’s essential concern, articulated in First Things, is that French is too quick to take the middle path at the expense of principle — and that French is too charitable to “enemies” of the Christian faith and conservatism. French’s response is that treating opponents with basic decency is a cornerstone of Christian charity and is also good, practical politics.

I would not go do far as to agree that this particular debate is the most important to conservatism. However, this exchange does exemplify the rise of apocalyptic rhetoric, zero-sum policymaking, and consequential thinking. In a cogent essay, Greg Weiner recently wrote of this incident through the lens of the “High Church of Victimology,” which has three central tenets. First, victims claim to be under siege when social status is actually ascendant. Second, the stakes are so high as to be released from norms of civility and basic decency. Third, both the threat and the goals are intentionally amorphous to keep adherents in a state of flight urgency. Also, a lack of concrete ends makes it easier to avoid weighing the costs of each decision at a time—justifying all measure of means.

Indeed, perpetuating a narrative of victimhood has certainly contributed to the widespread sentiment that the stakes have gotten higher in our political arena—which has contributed to the polarization of both the left and right. Furthermore, people have become increasingly emboldened to do and say things in the name of their vision of the good. Sohrab’s diatribe is the latest in a litany of examples of this.

Ahmari concludes his diatribe with these chilling words:

Progressives understand that culture war means discrediting their opponents and weakening or destroying their institutions. Conservatives should approach the culture war with a similar realism. Civility and decency are secondary values. They regulate compliance with an established order and orthodoxy. We should seek to use these values to enforce our order and our orthodoxy, not pretend that they could ever be neutral. To recognize that enmity is real is its own kind of moral duty.

This particular debate may not be the most important to conservatism. However, this exchange does exemplify the rise of apocalyptic rhetoric, zero-sum policy making, and consequential thinking. As stakes have gotten higher, our political arena has become polarized and radicalized on both the left and the right, and people have become increasingly emboldened to do and say things — including crushing all enemies — in the name of their vision of the good.

Sohrab’s diatribe is the latest in a litany of examples.

I can’t help but think of a historical precedent to illuminate this discussion: the legendary fallout between Martin Luther and Desiderius Erasmus — men who agreed on the many significant reforms necessary to the Catholic Church and society — over the freedom of the will.

In short, Erasmus allowed more room for human agency in the process of salvation; Luther argued that Erasmus’ view took salvation out of the hands of God and made it entirely too dependent on human action. Both now and then, it is perfectly acceptable and important to hash out disagreement on important topics, whether it is free will and salvation, or the response of conservatives to the culture wars related to abortion and transgenderism. However, Luther’s tone and tenor took a turn for the worse quite rapidly. He was a purveyor of snark before we had a word to describe it!

You see Erasmus, I lost all desire to answer you, not because I was busy, or because it would have been a difficult task, nor on account of your great eloquence, nor for fear of you, but simply because of disgust, indignation, and contempt.… Seeing the case argued with such great talent, yet leaving it worse off than it was before is a downright lie! It is like the women of the gospel; the more the physicians treat her case, the worse it gets.

Like today, this sort of bombastic tone was popular with readers. As I’ve written for Areo, Luther’s writing was exceptionally popular: a stunning one in five pamphlet reprints, the re-tweet of the day, were of Luther’s work.

Luther resented Erasmus’ readiness to compromise on doctrine, what he called “that prudence of yours [which] carries you along [so that] you side with neither party and escape safely through Scylla and Charybdis.”

Erasmus faced this criticism from his fellow Catholics, too. But Erasmus’ position — much like French’s today — was born not out of cowardice or weakness, but out of conviction that political stability and church unity was more important than doctrinal, theological — or ideological — purity.

Erasmus was known for his irenic temperament, Luther for his bombastic and flame-throwing tendencies; the latter condemned anyone and everyone who disagreed with him — Catholic and Protestant alike — as a heretic, or even the “antichrist.” It’s hard to miss the similarities between French’s commitment to consensus building and persuasion and that of Erasmus, and Sohrab’s quick and bitter delivery of vitriol toward all who disagree with him — even if the disagreement is in process alone, not principle — as “compromisers.”

The trouble with being so polemical is that polemics inflame and invariably fail to control the blaze. Martin Luther did not originally intend to break from the Catholic Church. Conversely, even though Erasmus agreed with most tenets of Luther’s theological reformation, he never left the Catholic Church. To sever relationships and break ties unnecessarily by going on the offense and using personal attacks serves no one’s ends — if, of course, one’s ends truly are the common good.

In his response to Ahmari, French voiced a position that Erasmus would have much admired:

Here’s what Ahmari doesn’t recognize: Time and again, I and lawyers I was proud to work with didn’t just win these court cases, we persuaded left-dominated institutions to turn back from repressive illiberalism and recommit to religious pluralism. I’ve spent more time in conference rooms and meeting halls persuading the libs than I’ve spent in court owning the libs, and I’ve found that persuasion works. Not always, of course — nothing always works — but far more often than you might think.

We have important challenges facing our nation today. But as I’ve written before, if there was any time in history — American or otherwise — when it was morally justified to depart from civility, it was in the fight to abolish slavery. Abolitionists had every reason to consider violence as a tool to achieve their just ends; some, such as Rev. John Brown, did. But many of the most prominent did not, because they knew justice at any cost was not justice at all.

Figures such as William Lloyd Garrison — whose policy was to be “as harsh as truth, and as uncompromising as justice,” even once scandalizing supporters and opponents alike by burning the U.S. Constitution, claiming it was complicit in slavery — and Frederick Douglass understood that means mattered. For them, treating opponents with basic decency and true civility was more than trivial courtesy or naive “niceness.”

Deep divisions have been an unavoidable element of human communities prior to, during, and since the division that Luther and Erasmus helped create. These differences have often led to bloodshed. The promise of America is that we address these differences through reason, rigorous discourse, and persuasion. Once you lose confidence in persuasion — and instead use every opportunity to “enforce our order and our orthodoxy” — history shows us that violence often soon follows.

We owe David French a debt of gratitude for reminding us of this truth and our duty to our fellow Americans — even when they’re wrong.