Remember the Good that Social Media has Achieved 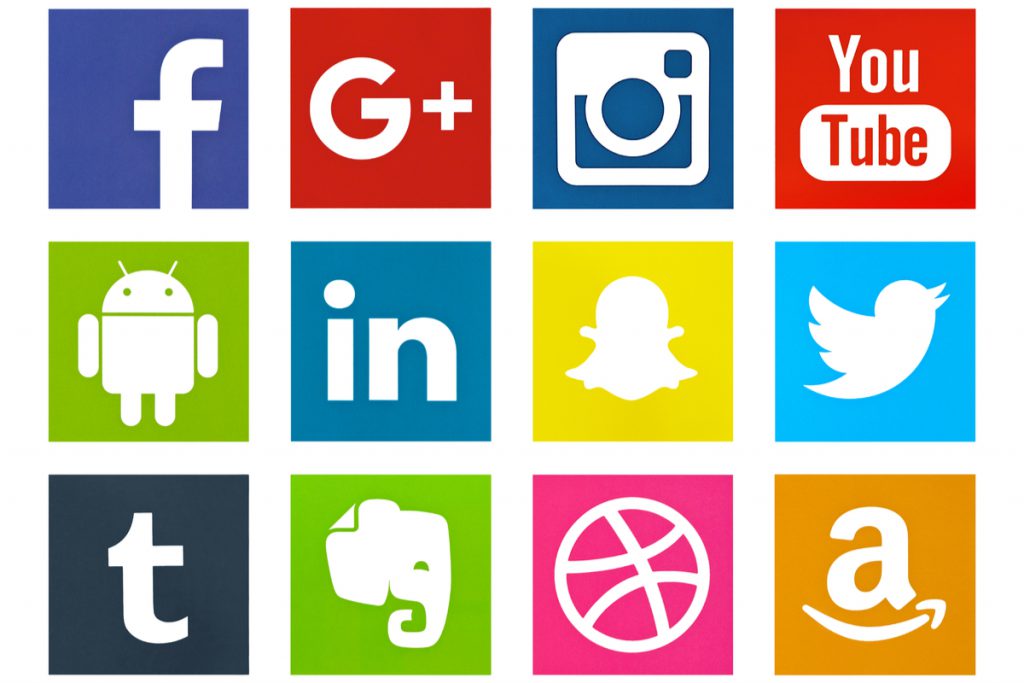 It’s the popular and fashionable thing to do these days — on both the political Left and Right — to name, shame, and blame the social media giants for the death of American democracy.

The Left, still smarting from Donald Trump’s stunning victory in 2016, emphasizes the way in which social media sites — primarily Facebook — leave us susceptible to foreign tampering in elections. Senator Dianne Feinstein made news when she threatened Mark Zuckerberg during a November 2017 congressional hearing: “You have to be the ones to do something about it. Or we will.”

The Right, ever ready to decry the persecution of conservative voices, criticizes social media giants — primarily Twitter — for banning right-of-center figures from their platforms. To some conservatives, these bans show tech giants’ undue influence over our public discourse. Republican Senator Josh Hawley, for example, is currently leading the charge for antitrust legislation to break up big social media firms.

But what is popular and fashionable isn’t always right.

Social media companies have certainly made mistakes worth criticizing: failing to anticipate foreign intervention in America’s democratic process; censoring people with “dangerous” ideas (a dubious phrase whose troubling historical antecedents I’ve previously pointed out); providing inadequate transparency and protections around users’ personal data; and facilitating the spread of false information that invariably contributes to a decline in trust in our major institutions.

Yet to judge and condemn social media companies as categorically bad for democracy — let alone to pursue knee-jerk legislative plans to handicap and punish them — is wrong. The problems with social media are only half the story.

In his forthcoming Human Liberty 2.0, Matthew Daniels, a researcher at the Institute for World Politics, makes a compelling case for seeing social media as essential to democratic movements across the world and as a powerful tool for pushing autocratic regimes to recognize basic human rights.

Daniels tells the stories of people who have stood up to dictatorial and oppressive regimes. He describes the efforts of courageous activists who brought political and social change to their home country and affected lives across the world as social media shared their stories to millions of supporters.

“Today,” Daniels writes, “we are witnessing the extraordinary convergence of two breakthroughs at the same time: The advancement of universal rights in the hands of a digital generation using the World Wide Web. This is a convergence with vast potential to unleash human creativity and compassion. But the interconnectedness of the Digital Age also carries responsibilities for each of us.”

As much as the pundit class of today enjoys blaming social media for America’s ills, it is worth remembering that over one-fifth of the world has no access to Facebook or Twitter; the “Great Firewall of China” prevents the entire country from accessing the sites. There is a reason for this of course: authoritarian regimes don’t like free expression. Social media affords expression in unprecedented ways, and has often been used for good.

Take the story of Manal al-Sharif, a Saudi woman whose life changed dramatically after she posted on YouTube a video of herself driving. Daniels tells us how Sharif received praise and death threats in near-equal measure after posting her video, and how she was quickly imprisoned by the Saudi government for being a “threat to the social order.” Sharif spent nine days in prison for her purported crime, and her family endured sermons from their local imam describing women like Sharif as “prostitutes.” She was condemned as a traitor and a blasphemer, but her experience inspired her: “I am a proud Saudi women who loves my country,” Sharif said, “and because I love my country, I am doing this. I believe a society will not be free until women are free.”

Sharif, who had been raised in the West, couldn’t understand the ban on women driving; there was nothing in the sacred texts of Islam that prevented it. Her video went viral immediately after she posted it, but it wasn’t until she was released from jail that she realized the full impact of her video. The free world lauded Sharif as the “Saudi Rosa Parks,” and she was overwhelmed at the outpouring of support form strangers on Twitter and Facebook she had never met.

Her act of defiance and courage — which social media rapidly shared across Saudi Arabia and much of the Muslim world — started a long-overdue conversation, Daniels argues. She gave a voice to other activists who had long been supressed and ignored in the same cause. Her act inspired other women to do the same, and drew attention to other human rights abuses in Saudi Arabia. She is even is credited with the ultimate end of the ban on women driving in Saudi Arabia, which occurred six years after she posted her video.

Social media was a tool to move the bar toward justice and human rights in the correct direction — but, Daniels notes, the work in Saudi Arabia and beyond is far from complete.

The Centrality of Human Agency

Daniels writes of the purpose of Human Liberty 2.0, “This book series celebrates those whose lives embody a rising global awareness of our common humanity and a desire to promote the fundamental rights and well-being of other human beings.”

Just as some today choose to use social media to perpetuate lies, harass people they disagree with, and sow discord — uses we are all intimately familiar with — there are also those that use it for good, as Manal al-Sharif did to promote women’s rights in Saudi Arabia.

The story of Tay the Twitter bot illustrates this important point about technology’s use for good or ill. While a true story, it is also a metaphor for the role of human agency in social media’s uses and abuses.

Tay had a lifespan of about 16 hours.

The interaction of Tay, a Microsoft excursion into the world of artificial intelligence, with Twitter users began on a rather benign note, declaring an utter love of humanity.

Microsoft’s response was to first delete Tay, and then blame Tay’s conduct on online trolls, complaining of a “coordinated effort” against the poor little bot. Tay, like any simple machine, merely put out what was put in: Tay directly mirrored the language that it gleaned from engaging with people.

Microsoft blamed Tay’s troubling tweets on the bigoted users that engaged with the bot. And they were right. Many blame social media platforms for many of our modern tragic societal ills — cyberbullying, wreaking havoc on our mental health, and increased polarization — but it is important to hold accountable the person behind the screen, as much as the screen itself.

Indeed, technology and social media are neither wholly panacea nor plague.

Technology as a Tool

“Technology is morally neutral,” Daniels notes early in his book. “It can be used for good or evil. At a certain dosage, drugs alleviate pain and cure illness.”

In this statement, Daniels echoes Melvin Kranzberg, a famed historian of technology who has maintained a skepticism of the “technological determinism” that has long been en vogue. Kranzberg’s First Law is “Technology is neither good nor bad; nor is it neutral.” In saying technology isn’t “neutral,” he means that it invariably affects our lives.

It is always popular to tell people that the problems they’re facing aren’t their fault. It is easy to blame soulless gadgets and faceless corporations. But casting social media as the cause of the problems facing us today gives technology too much autonomy — and humanity too little.

Kranzberg anticipated most criticisms of social media today: “Many of our technology-related problems arise because of the unforeseen consequences when apparently benign technologies are employed on a massive scale.”

We tend to rapidly adopt new technologies without putting sufficient thought into the consequences of our unalloyed embrace. Our technology-related problems occur because of the unseen consequences of seemingly benign tools.

As Albert Jay Nock wrote, “Our general tendency is to accept it [a new technology] at once without question as a good thing, not considering that its whole value is to be measured by its effect upon the spirit and quality of life, and that until this effect be ascertained our estimate of it is worthless and misleading.”

We’ve come full circle from embracing the new social media platforms as tools of fostering a more connected, democratic, and enlightened world, to blaming them for the end of civilization as we know it. In 2011, social media was praised as a boon to democracy for its role in helping citizens in autocratic regimes organize and hold their governments accountable. The Arab Spring would not have happened without social media platforms such as Facebook and Twitter, as Daniels notes in his book.

Yet today, it’s nearly impossible to find public figures coming to the defense of tech giants.

Daniels’ aim is to consider the good of social media alongside the ill, and this balanced perspective is essential for a full and accurate picture of what this new technology has wrought. He writes, “Human Liberty 2.0 is the remarkable, inspirational stories of how courageous social media pioneers are advancing democracy and calling attention to the plight of people in some of the most oppressive countries.”

In highlighting dozens of other remarkable and oft-neglected stories like Manal al-Sharif’s, Daniels encourages readers to consider an oft-neglected perspective: that technology is often as much about the person who uses it as the technology itself. This moral agency he reminds us of revives a moral urgency: while the problem around us when it comes to our fragmented public discourse seems insurmountable, we also each have a role in being a part of the solution.

For reminding us of this other side of the story, and reviving our individual moral responsibility, we owe Daniels a debt of gratitude.