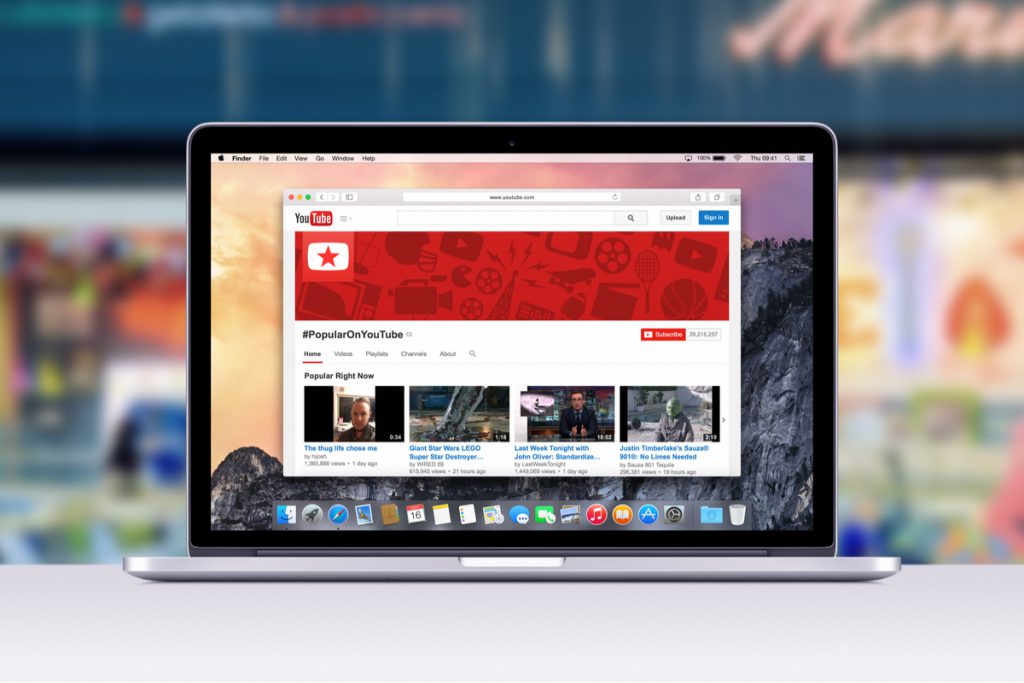 This week, YouTube chose to ban the channel of right-of-center comedian Steven Crowder. This situation is the same as when Twitter banned Milo Yiannopoulos or Facebook banned Louis Farrakhan. In other cases, YouTube is not deleting accounts but simply demonetizing them so that creators can no longer support themselves.

Large-scale platforms like YouTube, Facebook, and Twitter have, however inadvertently, sowed the seeds of their own destruction and incentivized the creation and ultimate decentralization of media. On one hand, the algorithms of the biggest players favor sensational and bombastic users who play on people’s baser instincts. Yet the moment those same users test the limits of our public discourse, social media platforms are criticized for being the arbiters of what is and is not acceptable.

However, it’s a mistake to think that the policies of technology companies will fix these problems. The problems are much deeper than that, and the solution resides in viewers and American citizens choosing to reward the producers of good content instead of the bad.

In the backdrop here, there is the undeniable coarsening of our political rhetoric — which inevitably leads to platforms like Facebook choosing to censor, or for people to begin clamoring for one legislative fix or another.

If this were a question of what government should do, I could provide the same answers as the framers of the Constitution and the liberal tradition generally: it is not for the government to decide. What we need is maximum freedom to speak in whatever form that takes. But with social media, we are dealing with a different animal: institutions that are slowly migrating themselves from open platforms to become full-scale media platforms. That requires curation.

And here the problems begin. Who is to solve them? That has to be within the realm of the stakeholders in the platform themselves. No one has a human right to access them. This is not a First Amendment issue. It is a question of management. Management is fallible. It is a process of discerning best practices to meet audience demand, and that requires careful thinking about trade-offs.

On a deeper level, it is a question for all of us to manage ourselves in a civil way that is consistent with the kind of society we want to live in.

The future of free speech depends not on laws, but on America’s commitment to civility — consciously restricting our own expression for the sake of others. Civility is a form of “private governance,” a phrase economist Edward Stringham is fond of using. As we lose both free speech and civility, we lose our democracy. Judge Learned Hand observed over 70 years ago, “Liberty lies in the hearts of men and women; when it dies there, no constitution, no law, no court can save it; no constitution, no law, no court can even do much to help it.”

America’s free speech rights are among the most protective in the world. We should take pride in them, but we must also protect them through the decisions we make every day. That our nation protects free speech means that our laws permit a wide range of expression, even when it is seditious, offensive, or false. This reflects a good and noble principle, but the practical reality is that public toleration of dangerous or offensive speech is only finite. If the public square becomes increasingly inhospitable, Americans will demand — as they already have — that the government more strictly regulate speech.

Free speech is unpopular, especially among young people — a problematic notion, considering the future of this constitutional principle depends on them. In one study, fewer than half of 18- to 21-year-olds agreed that people should be free to voice nonviolent opinions if those opinions are offensive to minorities. Another study of American college students showed a sharp decrease in the portion of students who think the right to freedom of speech is secure — down to 64 percent this year from 73 percent in 2016. These trends reveal the urgency of renewing our country’s commitment to freedom of speech, but also the responsibilities that come with that freedom.

Those committed to freedom of speech must recognize that, valuable as it is, the principle is not costless. But, at least historically, we have decided as a nation that the benefits of this freedom outweigh the costs of offensive and harmful speech. But in our divided and violent era, people — even classical liberals — are concluding that costs of offensive and violent speech are too great to bear.

A free society can function without strict governmental restraints only when individuals exercise self-restraint. In the context of our public discourse, civility constitutes this self-restraint. Edmund Burke, in his Thoughts and Details on Scarcity, wrote, “Statesmen … ought to know the different departments of things; what belongs to laws, and what manners alone can regulate. To these, great politicians may give a leaning, but they cannot give a law.”

America continues to tolerate more objectionable speech than other countries. We are right to do so. With freedom comes responsibility, and we must wield our freedoms wisely. For this tolerance, and the principle of free speech that underlies it, to survive, we must not depend on the nine robed oracles working at 1 First Street, Congress, or social media giants to be the arbiters.

To address this complicated problem, we must rely on innovation, diversification, decentralization, settled cultural norms, and individual discipline. Which is to say, we must rely on ourselves.