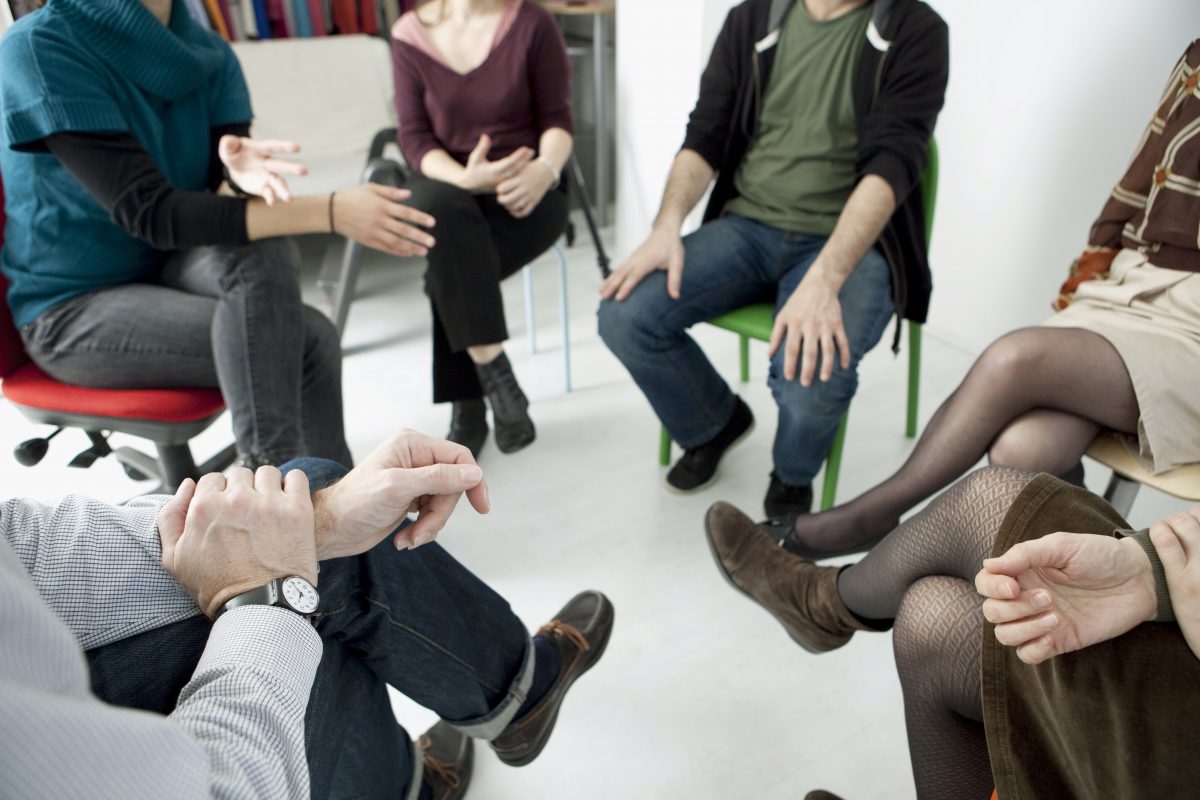 “What does your part of the country think about what’s happening in Washington, D.C. right now?” a man in his mid sixties read aloud from a sheet of paper to the group of six Republicans and six Democrats.

I had just arrived at the small, split-level home in a wooded neighborhood in Bloomington, Indiana—miffed by the uncommon, light-to-medium traffic that had delayed my arrival from Indianapolis—and hurriedly joined a group of twelve seated in a circle. This was a Better Angels workshop, one of hundreds of such gatherings happening in communities across the country, which aims to unify a deeply divided nation.

The organization’s name derives from Abraham Lincoln’s First Inaugural address, delivered while our country was on the precipice of a civil war, where he implored Americans to prevent difference from “break[ing] our bonds of affection,” and to appeal to “the better angels of our nature.”

Like Lincoln, Better Angels seeks to heal a broken America by improving our public discourse. The volunteer-led workshops teach skills of human connection— paraphrasing, listening, asking questions of understanding, and how to offer a critique of ones own political position—not of persuasion. The intent is not to minimize differences or to convert. It is to humanize others who think differently—ultimately, to make us less inclined to demonize others and more inclined to peacefully coexist.

Seventy-seven percent of respondents in a recent study from Vanderbilt University rated their political opponents as “less-evolved” than members of their own party. This propensity to dehumanize, which history shows us tends to go hand in hand with targeted violence, is alarming and underscores the urgent need for groups to promote person-to-person interaction.

Beyond humanizing people with whom one disagrees, Better Angels also shows attendees that there are other people in their community of good-will who also recognize the importance of civil tête-à-têtes to a thriving republic.

Partisanship is at a record high, and trust in traditional media institutions—those that historically have set the tone of public discourse— at record low. Americans are dissatisfied by the apocalyptic consequentialism of cable news and talk radio. Fast, loud, combative, outrage-inducing, these forums play on people’s baser instincts and have driven many to seek reprieve through in-person dialogue—even with complete strangers.

Better Angels is one of a swath of organizations addressing the problem of a broken public discourse: Slate Star Codex Rationalist meet-ups that seek truth in group settings, Benjamin Franklin Circles that collectively pursue virtue, the National Coalition for Dialogue and Deliberation that assembles “innovators” to problem-solve, and countless other national, state-wide, and local initiatives, do the same.

These entities recognize that the test of true tolerance is how one respects those who are different from oneself, and are committed to practicing a civil exchange of ideas across ideological lines. The basis of truly civil dialogue is choosing to see the dignity of the person on the other side of the aisle or computer screen, and reflecting on the basic respect they are owed in light of that dignity.

Groups like these also improve the anonymity problem of online forums—from Twitter trolls to the comments section of online news sites—which has contributed to such toxicity in our political environment. It is a truism that people are more likely to be cruel or make death threats virtually than when staring another person in the eye, which both attaches their identity to their opinion and forces them to confront the humanity of their interlocker.

These many disparate groups are an example of the American ethos of civic-mindedness, of ordinary citizens taking initiative and seeing a problem and working to fix it. These groups are the lifeblood of American society, and they are productive not only for the overt work they do—teaching skills, sharpening arguments, and all that—but, perhaps more importantly, for simply existing.

“To be attached to the subdivision, to love the little platoon we belong to in society… is the first link in the series by which we proceed towards a love to our country, and to mankind,” Edmund Burke once observed. These re-emerging platoons embody the encouraging reality that Americans are capable of working together—even if their elected representatives cannot.

“I am here,” one gentleman of our group in Bloomington shared, “because someone’s politics is not sufficient reason for me to cut them off.”

If America’s is to heal, it must start with more of us living out that truth.